Think of all the Jacks we know
from nursery rhyme and myth.
Were all boy children Jack then,
No Ed?  No Paul?  No Smyth? 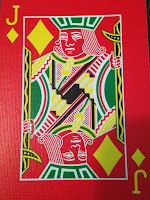 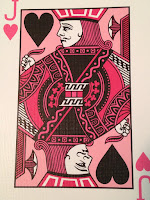 Jack Sprat he couldn’t manage
to eat of any fat,
although his wife ate plenty.
What do you think of that? 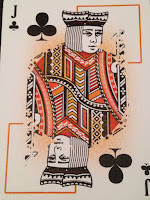 Jack Horner was a pie fan,
he ate it with his hand.
Which does explain the corner,
from the table he was banned! 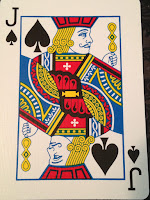 There’s a Jack who built a house,
the story starting there.
Through rat, and cat, and farmer,
and the hunter’s trumpet blare. 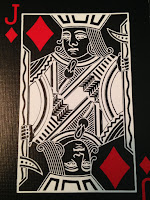 So, Jacks were many, Cedrics not,
For all those hundred years.
It seems to me that all those Jacks
Have earned a dozen cheers! 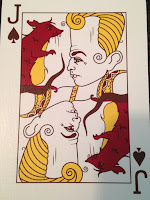 There is actually a reason so many rhymes and tales feature a boy or man named Jack.  Jack was, and still is, used as a metaphor for the common man, the Everyman hero.
Many nursery rhymes are fictionalized tales inspired by historical figures, or based on actual events.
In the early 1600’s the first Jack Sprat versions were recited.  An extraordinarily small person was called a “Jack Sprat” in those days.  Some believe Jack was none other than King Charles I.  His war with Spain cost his kingdom dearly, so their finances were “lean.”  His wife, on the other hand, Henrietta Maria, managed to “fatten” them up with a war tax.
Jack Horner is thought to be the story of a church steward, Thomas Horner, who lived way back in the 1500s.  Property deeds were hidden in pie (apparently the location for travelers to hide their valuables at the time!), and were to be used for bribes.  It’s a long story, but the steward is said to have kept the deed to the “plum” property for himself.  He later served on the jury to convict his former employer!  Whether the steward indeed stole the deed, received it as a “reward” for his testimony, or purchased it outright (as his ancestors insist) is not known, but the Horner family did live in the home until the 20th century!  Personally, I think it would be quite the story to be a Horner and the legend true!
Jack be Nimble jumped over candlesticks.  Why?  Jumping candles was a form of fortune telling, and the jumper would have good luck if the flame stayed lit.
First in print in 1755, “This is the House that Jack Built,” may be much older.  Local tradition hold that Cherrington Manor, in England, is the house that Jack built.  That must be a profitable tale for tourism!
“Jack and Jill” has several suggested origins.  These two both seem reasonable.  One, a later telling of a Norse myth where siblings are taken by the moon, as they were fetching water.  Another, matching more of the current rhyme’s details, tells of King Charles I (perhaps Jack Sprat!), who attempted to raise taxes on liquid measurement.  When his attempt was blocked by Parliament, he ordered the 1/8th pint measurement (called a “Jack”) to be reduced, with the tax the same.  “Jack fell down and broke his crown,” would refer to the ½ pint marking on pink glasses, which had a crown above it.  A “Gill” (a spelling in early Jack and Jill) is ¼ pint.  This sounds like the most logical explanation to me!
A special "Thanks" to CBN for providing the Jacks in the photographs.

©2019 Lisa Smith Nelson. All Rights Reserved
Blogging from A to Z April Challenge