"Who Was Your Servant Last Year?"

I have never written a list poem.  Most of the examples I read were rather boring, and read pretty much like lists.  I have not read the other poems linked to Weekly Scribblings, and expect to find them quite poetic.  Mine?  It reads like a list!  Not my favorite form. 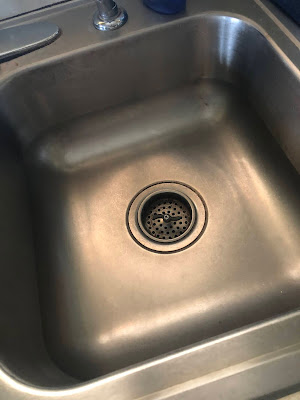 If the kitchen sink is empty,

it’s too late for maid service,

wash your dishes yourself.

The kitchen’s closed when the dishes are done,

the cook is off,

only self-service is available.

Do NOT leave dirty dishes in the sink for me to find in the morning.

Do not put the juice container back in the ‘fridge with ½” remaining.

The above applies to iced tea, milk, soda, lemonade,

and all other beverages.

Do I really need to spell that out?

Pick up your stuff, or it will be chewed.

No yelling about the dog when your stuff is chewed.

Put your shoes in your room when they come off your feet.

There will be a 25 cent return fee per pair should I pick them up before the dog chews them.

Put your dirty clothes in the hamper or they won’t be washed.

Check your own pockets,

money found in the washer or dryer becomes mine.

Hang up your wet towels.

Do not put wet towels in the hamper!

How hard it that to understand?

You do know how to tell the difference between wet and dry, right?

If you clog the toilet, use the plunger.

Same place it's been since before you were born,

If the toilet is clogged, I do not need to hear about it.

If the soap dispenser is empty, fill it up.

It does not matter that “it was empty when I found it.”

Replace the toilet paper roll if there isn’t enough for the next person’s needs.

If it’s already low, replace it.

In addition, for heaven's sake, do  NOT put it on backwards!

It comes from underneath, NOT over the top!

I do not care how the Whitaker’s do it.

"Who Was Your Servant Last Year?" is something my mother used to ask me when she thought I was expecting here to do something she apparently believed was my responsibility.  She was also fond of asking, "Who died and made you queen?"

The "list" items are nearly all actual things I tried, with varying degrees of success, to teach my children.  I did take their shoes if I found them on the floor!  They were little, and I'd put them on top of the refrigerator until the "ransom" was paid.

Am I still working on any of the items with the last, now adult, child still at home?  Yes!  Dishes in the empty sink and leaving the soap dispensers empty!  I won't tell you how many times I have been in the shower, wet, only to find NO soap in the dispenser!  In fact, it happens so often, I made up a little song about my "being a dope, I refill the soap."

(....and, no, I did not format the link to be the way Blogger decided it would be today!  Two people worked on changing it, but it was already SO frustrating to get the body of the post to format I didn't want to risk messing with it too much.   It is now highlighting words it thinks are misspelled, that aren't!  Works like "want," "two," "the" even!   And that tiny Æ in the upper corner, not my doing.)